Iceland: Land of the Sagas, by Jon Krakauer and David Roberts

In an ingenious approach to a little-viewed land, journalist/outdoorsmen Roberts and Krakauer examine contemporary Iceland through its principal literary heritage.

Tricking of Freya, by Christina Sunley

A young woman obsessed with uncovering a family secret is drawn into the strange and magical history, language and landscape of Iceland.

Rich in local color, this great mock-epic by the Icelandic Nobel Prize-winner features the indelible Bjartur of Summerhouses, a hard-headed, independent-minded sheep farmer.

The History of Iceland, by Gunnar Karlsson, 2000

From Viking origins to a modern music hub, Iceland’s fascinating history is told in detail by the country's premier historian.

Ring of Seasons, Iceland, Its Culture and History, by Terry G. Lacy, 1998

A longtime resident of Reykjavik, US expat Lacy weaves tales of family life, anecdote, lore and history into this illuminating personal portrait of Iceland.

Written with fellow poet Louis MacNiece, this quirky, under-appreciated masterpiece captures the spirit of Iceland, its people and landscapes.

Names for the Sea, Strangers in Iceland, by Sarah Moss, 2013

A stranger in a strange land, British novelist Sarah Moss captures the spirit of Iceland in this tale of a year abroad in post-financial-collapse island nation with her husband and two children.

Don’t forget to delve into a modern translation of one of the many extravagant Icelandic Sagas, such as Njal’s Saga published by Penguin Classics (edited by Robert Cook)

You also can find a curated list of great Iceland reads at our Longitude Iceland Reading site.

Award-winning chef, Anthony Bourdain, explores the savory (and less savory) side of traditional and contemporary cooking in Iceland

Named as one of the best TV shows in 2016 by the New York Times, this suspense laden crime drama takes place during a snow storm in a small town. (first season available on Netflix)

Although not based in Iceland, many of this fictional series’ best scenes have been filmed in Iceland, highlighting the beautiful but rugged climate, caves and rocky landscapes.

The only Icelandic film nominated for the best foreign film Academy Award, it is a coming of age and love with a nearly mythical lens.

Small farmers and horse breeders are the subject of this cult film mixing the oddities of rural life with the passion of love.

Understanding and Photographing the Aurora Borealis, by the Outdoor Project

36 hours in Reykjavik by the New York Times

If you find other reading or viewing as you prepare for your trip that you would recommend, please let us know! 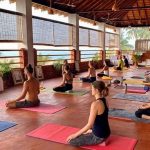 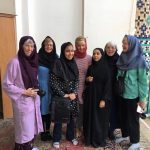 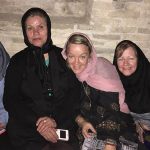